This recipe for Panna Cotta is very near and dear to my heart. I got this recipe from a Swiss couple I met when I was cruising the South Pacific in 2000. I haven’t yet shared the story of my life on the high seas because it is so long, but I figure now is as good of a time as any.

My parents and I left in June of 2000 to sail from Newport Beach, California to Australia. You see the reason my parents decided to make this adventure was because of our family boat, a schooner built in 1923, had originally been built for an Australian and had lived in Australia for the first 40 years of its life. My parents were seeking an adventure and a way to find some history on the boat. It was a big leap to make for this family of three that had never left the United States. I had planned on only taking a year off to take a break before going to college, but one year turned into three when I met my future husband in Tahiti. He had started his journey with his father in Mexico, through the Galapagos, and on to French Polynesia. When they reached the Tuamotu they had some boat trouble and his father decided he was done with cruising and flew home. My husband, Daniel, had a different plan in mind. He wanted to continue his journey to Australia if he could find a boat looking for crew. He came by my parents boat one afternoon in Tahiti when my mom and I were off shopping for groceries in the local markets and interviewed with my dad. My dad was intrigued by the young man and told him to come back later to meet the rest of the family before deciding to take him on as crew. When my mom and I returned from the shops my dad pulled my mom aside and told her about the young man who came by the boat. He informed her that he was very nice young man who knew a lot about sailing, but “he’s 20 and Mariah is 19!”. Well my mom, being my mom, looked over his resume and went straight down to his birthday and it ended up that my mom and Daniel are only one day apart in birthdays. Being that my mom follows her horoscope here and there she decided that he would be great on that fact alone. It took a month for me to discover that Daniel and I would be more than just friends on this adventure.  So one year turned into three. We saw many beautiful remote places including French Polynesia, Fiji, Vanuatu, Tonga, and many more. The places I went and food I tasted made me the adventurous cook that I am today.

So this is the long of the short story of how I got this recipe.  Of course the Swiss couple’s recipe had sugar in it, but I have found that Splenda works just as well. Being that I was out cruising at the time I quickly fell in love with this recipe because it didn’t require using an oven. French Polynesia is incredibly beautiful, but also incredibly hot and the last thing I wanted to go near was the oven. So baking was completely out of the question. Since we were also cruising in foreign ports some of the normal grocery supplies were not nearly as readily available, but luckily Tahiti is a French territory and therefore I could always find good quality cream, gelatin, and vanilla. In fact some of the best vanilla that I have ever found was sold in Vanuatu and luckily I still happen to have a little bit left for this very recipe. I hope you love this recipe as much as I do. 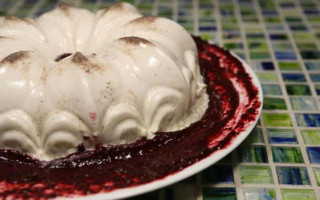 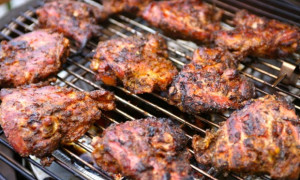 Brined and Smoked Chicken Thighs
Still having a barbecue fest at our home my husband...
12.06.2013 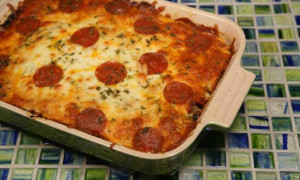 Crustless Pizza
I developed this recipe after going out to eat pizza...
04.12.2012
Advertisements